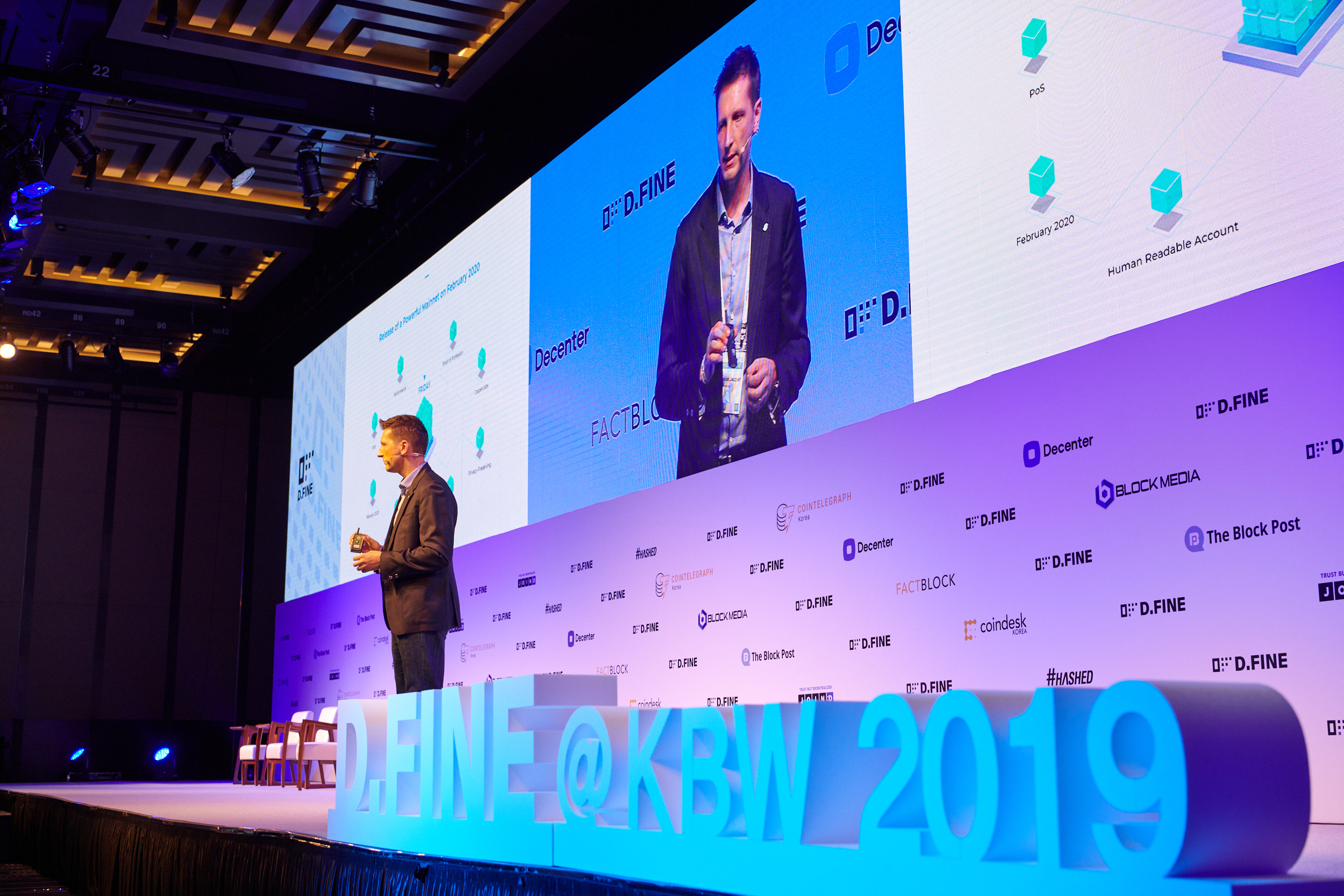 Hdac announced that it has initiated development of a new blockchain project named “Friday.” Blockchain Friday is going to be PoS-based, considering its better suitability for IoT ecosystem. The goal of the project is to launch Testnet in November and Mainnet in the first quarter of 2020.

Friday Consensus is a consensus algorithm which is aiming balance within three main values of decentralized platforms: scalability, security, and decentralization. The major goal is to make it suitable for not only DApp services but also IoT and payment services by securing scalability and processing speed while realizing Smart Contract functionality.

For the economical aspect, the project is going to devise a fairer way to provide bigger compensation to holders who make bigger contributions to the ecosystem. This method will evaluate overall level of network contribution such as ‘Node Uptime’, and ‘Block Proposal’ rate instead of merely measuring staking volume.

Hdac also signed a collaboration deal with globally acknowledged startup CasperLabs which is developing Casper-CBC based CPoS(Correct-Proof-of-Stake) blockchain. Both corporations are jointly developing VM (Virtual Machine) based on WebAssembly to provide more convenient smart contract development environment and will continue the cooperative research on alternative technology for decentralized platform.

To demonstrate the expanding provision of its enterprise blockchain solution across public and private sectors, Hdac provided details on recent PoC(Proof-of-Concept) conducted with Manufacturing Engineering Research & Development Center of Hyundai Motor Company. As a part of its innovation effort, the company is currently working on new technologies such as a blockchain-based project to secure irreversibility, security, and integrity of data that generated from production facilities.

From the accomplishments of PoC, Hdac will expand the scope of collaboration with Hyundai Motor Company’s Manufacturing Engineering Research & Development Center to further employ blockchain. Also, according to Hdac, there will be another PoC with a construction company from pan-Hyundai group and the goal is to combine blockchain technology with open smart home service platform.

Hdac will also start esports marketing targeting millennials and Z-generation who will be the leading role in oncoming blockchain economy. This is to enhance global exposure and secure consumers with user-friendly marketing strategy focused on the young generation that is sensitive to the new technologies and trends.

For this, Hdac made a sponsorship contract with a pro esports team G2 Esports (“G2”). G2 is one of the best esports team in Europe which has nine teams for each game leagues including PlayerUnknown’s Battleground, League of Legends, and Counterstrike: Global Offensive. With G2, Hdac will carry a multi-directional marketing approach utilizing media channels such as YouTube or Twitch with influential players.

Lastly, Hdac revealed its plan to be listed on global exchanges in Europe and the U.S. to broaden its accessibility for users and enhance its ecosystem.

So far, Hdac was mainly listed on Asian exchanges including Bithum, GDAC, CoinBene, and Bibox. As of September 30th, Hdac is listed on European exchange LATOKEN, and by the end of the year, it will be listed on Bitrrex of North America, which is one of the top 5 global exchanges in the world.

“Hdac aims to provide enterprise solution with better security by integrating blockchain technology with IoT, big data, and cloud, which are driving forces of the era of the Fourth Industrial Revolution. With the development of new blockchain, Hdac will be reformed as a blockchain platform better optimized for the IoT environment and payment services,” said Hdac founder Dae Sun Chung.