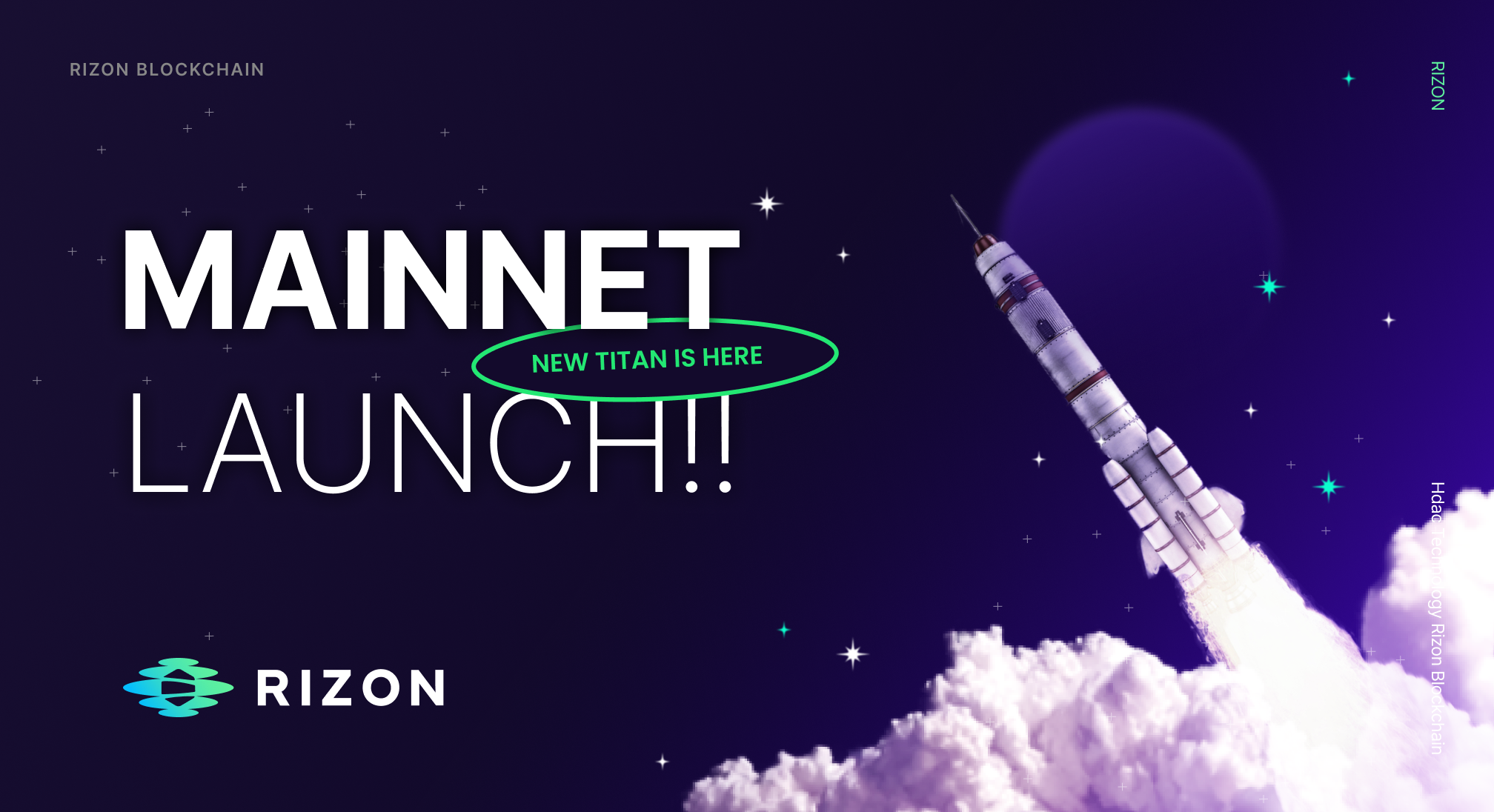 -Transition to a digital asset platform that supports flexible global transactions based on proven performance, safety and scalability
-Using modules supported by Rizon, it creates its own blockchain ecosystem and secures scalability that meets various business demands such as payment and NFT

HDAC has announced that it has released the main net “RIZON” based on Tendermint engines. The Tendermint Engine-based Delegated Proof of Stake method adopted by RIZON is a consensus algorithm that can solve the problems of processing speed, network scalability, and block completeness without consuming enormous resources required for Proof of Work on the existing mainnet. The more tokens are delegated and deposited to a validator who acts as a blockchain node, the greater the stability of the delegation equity certification method. As an incentive for this, token delegators and validators receive distribution of some of the block rewards and transaction fees according to block creation. In accordance with these interests, 78% and 81% of distribution volume (as of early September) are deposited on the network in the case of Cosmos and Terra, which use the same Tendermint engine as RIZON, respectively, creating a virtuous cycle structure.

The RIZON blockchain being a modular structure, using modules provided by Hdac and the latest Software Development Kit (SDK) of Cosmos, you can create and operate your own blockchain that meets various business needs. It can build and operate its own governance model with the independence required for each business, and connect with other blockchain mainnet in the future through Inter Blockchain Communication (IBC), including RIZON Mainnet.

RIZON blockchain intends to serve as a hub for decentralized digital currencies and assets. RIZON will improve the usability of services and allow more actors to participate, while Hdac will further develop and support modules to RIZON, so that it can continue to support the functions necessary for various industry-specific businesses.

RIZON mainnet will issue asset-backed type Stablecoins with real assets based on virtual assets after obtaining permission from the Swiss Financial Market Supervisory Authority (FINMA), where Hdac’s headquarters are located. Using RIZON’s payment module, real asset-based Stablecoins can dramatically reduce business risks in terms of price stability and security. It also improves the inefficiency of the payment system by reducing the intervention of intermediaries and enables businesses targeting the world as a public blockchain. Above all, it is possible to remove the barrier between cryptocurrency and legal currency limited to the exchange area by enabling easy settlement through Stablecoins in terms of payment system.
To this end, Hdac is expanding its base through collaboration with related companies, such as signing MOUs with Lord System, a mobile passport by DID platform company, POS payment terminals and Culture Lab, which provides PG services.

In addition, Hdac will enter the NFT (Non-Fungible Token) market from the perspective of digital assets and develop modules necessary for the NFT business, such as proving copyright ownership of celebrity works and trading in the auction market using Hdac’s decentralized identifiers technology. Also, it will directly enter the global market based on Hallyu contents by collaborating with entertainment agencies.

Meanwhile, Hdac began mainnet public testing in June. The validators, who acts as a blockchain node on the testnet, went through a stress test involving more than 1,000 teams worldwide, and successfully completed the testnet earlier this month. As a reward type, this testnet has improved usability by contributing not only to swap tests but also to the creation of various tools such as Explorer and Wallet in the Discord community.

Won Sung-hwan, CEO of Hdac Technology, said, “there were difficulties in replacing the existing mainnet, but we succeeded in developing and launching a completely new mainnet based on widely recognized protocols in the industry,” adding, “Hdac, which legally passed the review of financial regulators such as FINMA, will enter the global market.” As a result, Hdac will materialize its vision of “realizing the potential of blockchain technology” as a real business through the launch of the RIZON mainnet.